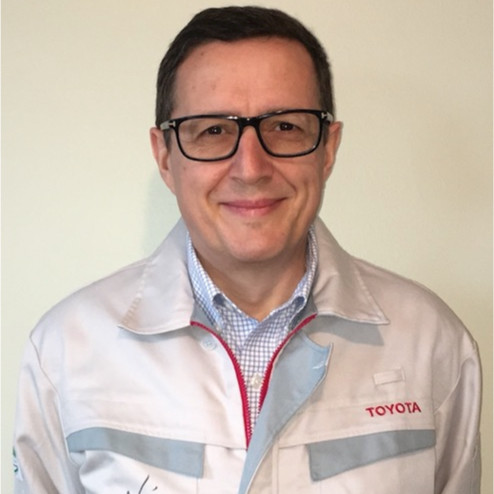 Nigel Thurlow is the former Chief of Agile at Toyota, creator of the World Agility Forum award-winning ‘Scrum the Toyota Way’ approach, and the co-creator of The Flow System™. He is also a Forbes top 10 noted author for his work as co-author of the book on The Flow System and is a well-known Keynote Speaker. He also co-authors The Flow Guide.

Nigel is an internationally recognized expert in the Toyota Production System and The Toyota Way as well as Lean Thinking, Agile, Scrum, and Complexity concepts. In addition to his work at Toyota in recent years he has also taught and coached at Vodafone, Banco Popular, GE, Bose, 3M, Microsoft, University of North Texas, and to the faculty at MIT.

Nigel also presents regularly for The Lean Institute at their events and is considered a leading expert in bridging the Lean and Agile worlds following his pioneering work at Toyota.

As a Professional Scrum Trainer, the first one ever in Toyota, and the first to have been certified by both the creators of Scrum, he has trained over 8000 people worldwide as of 2021.

Nigel is extensively published online and has co-authored several peer reviewed white papers and journal publications on team science. He acts as an advisor on several boards at the University of North Texas as well as contributing to Chief Executive Magazine.

Nigel currently serves as the CEO of The Flow Consortium, and as an interim executive with several high-profile brands advising executive leadership teams on lean and agile strategies in complex business and organizational design environments.

About The Flow Consortium: A group of companies with close relationships who collaborate to deliver an enviable and unmatched capability that far exceeds those of a single organization. The members of the Flow Consortium are some of the most respected names and experts in the Lean and Agile world, as well as the scientific and academic community. They represent some of the leading thought leaders in current literature and are continuing to push the boundaries of knowledge and learning.